skip to main | skip to sidebar

BYRNE & BARNES-AN EYE FOR AN EYE

In 1981, Robert Byrne followed up his 1979 album, Blame It On The Night, by hooking up with multi-instrumentalist Brendan Barnes and heading down to Muscle Shoals, Alabama to record this WestCoast classic. It features contributions from Steve Lukather, Andrew Gold, Lenny LeBlanc among others. My favorite tracks are Keep On Running & Never Gonna Stop Lovin' You. Neither recorded another album after this one, but both went on to produce others such as Patti Austin and Brian McKnight.
Posted by Breezin at 12:58 PM 1 comment: 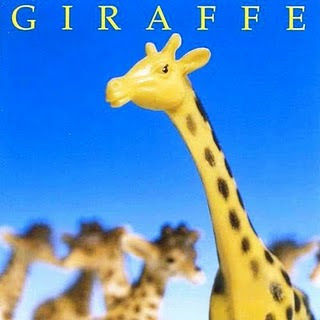 This is an out of print compilation of the 2 Giraffe releases, The Power of Suggestion (1987) & The View From Here (1988). The band was formed and fronted by singer/multi-instrumentalist Kevin Gilbert who would go on to form Toy Matinee with producer Patrick Leonard (whose 1991 album Toy Matinee was rereleased in 2001) and help inspire Sheryl Crow's Tuesday Night Music Club as well as co-write more than half the songs on that CD. Kevin won a Grammy for co-writing All I Wanna Do.

Giraffe is considered progressive rock, but to me it sounds more like ambitious pop. Considering that the albums came out in the late 80's anything that didn't sound like Def Leppard or Tiffany was labeled as progressive. Considering these were independent releases, the sound and production is great. Most of the songs have a funky rock feel with a lyrical bent towards environmentalism. They only hint as whats to come. Bonus trivia:
Giraffe won 1st prize in 1988 in the Yamaha Soundcheck Competition in Los Angeles

Kevin Gilbert's band & solo albums are mostly out of print and very hard to find. He passed away in May of 1996, but left a wealth of great music for us to enjoy. Start here!

1. Smile Like Sammy Davis
2. Not Even Onions Make Her Cry
3. Hop Up Pop
4. I Can't Say I Love You
5. Billy Ocean
6. Twice
7. Sophisticated Sister
8. Still Better Than Chocolate
9. Monique's Unique Technique
10. Let Me Stalk You Home

Not many current albums can capture the West Coast sound and still sound as fresh as this duo from Norway. Erik Enzo & Paul Call released their debut in 2008. Mixed by Bill Schnee, who has produced or engineered many albums, such as Boz Scaggs' Middle Man as well as Steely Dan, Pablo Cruise & Leo Sayer to name a few. They will be released their followup later this year, so start off with this. 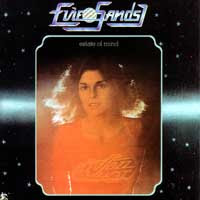 Evie Sands-Estate Of Mind (1975)
Produced by Dennis Lambert & Brian Potter on Haven Records, this 1975 album should have taken singer/songwriter Evie Sands to new heights. How was this overlooked? It's a great mix of pop, rock & R&B, sultrier than Helen Reddy on a tune like I Love Makin' Love To You[#50] and tougher than Linda Ronstadt on a tune like A Woman's Work Is Never Done [#50], both of whom were enjoying a lot more success at the time than Evie. The album featured keys by Michael Omartian, bass by David Hundgate, guitars by Dean Parks and drums by Ed Greene. Her tunes, from this album alone, have been covered by Dusty Springfield, Jose Feliciano, Cher, Barbra Streisand, Frankie Valli & the Manhattans to name a few. But Evie has the definitive versions here on this LP.

There will be new music coming soon
Posted by Breezin at 8:56 AM 5 comments: 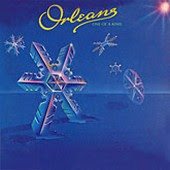 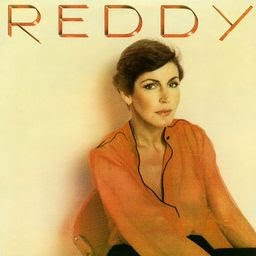 Helen Reddy always had some West Coast flavor in her music. But on this LP she also added some disco to the mix. She had members of Chicago & Tower Of Power help her out on the Doobies' Minute By Minute and Valerie Carter's Tryin To GetTo You. Make Love To Me was a minor hit, reaching #60.
Posted by Breezin at 6:36 PM 3 comments: